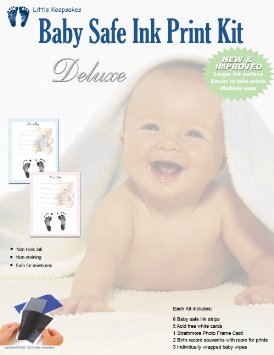 Etan Patz was the five year old son of a Greenwich Village, New York, couple who said goodbye to their son one morning as he left on a one block walk to school. The Patz's never saw Etan again. He vanished, as do thousands of children each year in the United States. The Etan Patz case became infamous in the early 80's. It was a particularly disturbing case to police investigators because no witnesses could be identified, and very few leads developed. Those leads that did materialize dried up quickly. Child abduction cases are horrific not only to the parents, family and friends but also to the investigating team. An investigator on this case committed suicide years later after no progress was made toward solving the case. John Walsh, host of Fox TV's "America's Most Wanted" program, which airs on Saturday evenings across the United States, had his small child abducted and murdered. Walsh subsequently spearheaded legislation for stiffer penalties, and he has brought child abduction awareness to the forefront of America's issues.


For a parent to suffer the abject pain of a child's abduction is absolutely unfathomable. That is why all parents need to be pro-active in ensuring their children's safety by preparing a children's fingerprint I.D. kit. Each year in the United States, a little less than 900,000 children are reported missing, and it is the first few hours in which they are missing that are most crucial in the investigation. Every parent in America, and throughout the world for that matter, needs to prepare a children's fingerprint ID kit. The kit will enable parents to make and store a clear record of vital information pertinent to their children that will be available in an emergency situation. Your child could be missing from a school field trip or other activity, and this prepared kit will contain all the critical information necessary in order for police to be able to act immediately.

The children's fingerprint ID kits should include the following items: non-toxic fingerprint ink strip with accompanying application instructions; a DNA hair sample storage bag; fingerprint card to store the child's personal information which should be updated every three months; current photo of the child updated every six months; dental charts, if possible; handy wipes for removal of any fingerprint residuals. The kits are stored in the parents' homes. Businesses and organizations who are public service minded and who have an interest in promoting public safety often sponsor events whereby parents can take their children to a central location, have them fingerprinted, and return home with the kit containing the child's information.

It is the responsibility of every parent to ensure that every possible precaution is taken should their child be reported missing. It is vital that a set of fingerprints be established and on file for your child. It is the right thing to do! It is the only thing to do!